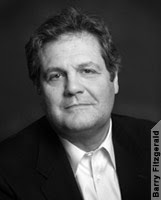 I first got to know Mark Jacobs about ten years back. He was then a foreign service officer assigned to the State Department bureau in Washington where I worked. How do vampires spot each other as they move through the populace? There seems to be a psychological force that draws people afflicted with the story writing urge together. Over the years I’ve met an astonishing number of people who write a story now and then. Mostly these stories make it no further than a file folder.

Mark was a different species, though – a leopard among house cats. He’d been writing short stories and novels for a long time, and, what’s more, publishing them. Before long, it seemed Mark was sending me a new story for comments every couple of weeks. That’s how it is for a professional: day in, day out, he works at his craft. Then he publishes. 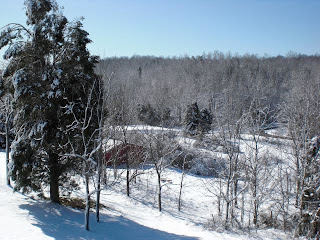 In 2002 Mark retired from the foreign service and moved to a small town in rural Virginia, where he plays a fine blues guitar and continues to crank out fiction. His latest novel is the nicely titled Forty Wolves. Talisman House, his Massachusetts-based publisher, summarizes the plot this way: “In search of his birth mother, an American finds himself in an isolated Aegean village where he is suddenly and violently enmeshed in a web of lies and deceptions he can neither understand nor control. Riots, kidnapping, and murder link the fates of Americans and Turks in a storm of menacing religious extremism.”

Mark now has 74 short stories in print with four more accepted for publication. He’s had his share of critical acclaim. The Washington Post reviewer called his first novel, Stone Cowboy (1997), “tough, funny and courageous, …a joy to read.” He’s published stories in some of America’s most competitive venues like The Atlantic. Critical approval, sales, earnings – these things are fine if they happen, but they’re not why Mark writes fiction.

To understand more about the mindset of a dedicated writer, we got Mark to agree to answer some questions:

When did you first realize you had the writing bug?

I wrote as a kid. One of my most resonant memories is of standing in the kitchen in our apartment on East Falls Street in Niagara Falls as my father stirred a pot of spaghetti noodles on the stove. Pencil and paper in hand, I told him I wanted to be a writer. He was an encouraging person (before my first professional job interview he told me he hoped they offered me “the sun, the moon, and the stars.”) When I told him he wanted to write, he nodded. He stirred. He said a writer needed three things. As soon as I remember what the third one is, I figure I’ll be on my way.

I spent an awful lot of time in my early 20s on a novel called Weather Eye that came out of a trip I took hitchhiking across Europe. I wrote odds and ends of stories and poems. Long before learning Spanish or traveling to Latin America I wrote a story set in an unnamed foreign locale in which all the characters had Spanish surnames.

A few years later I joined the Peace Corps and went to Paraguay. I had a small manual typewriter and began writing short stories almost as soon as I arrived, though it took several years for the first of them to be accepted by a magazine (the Webster Review took a story called “Spring Cleaning”; one does not forget the first). Paraguay exerted a powerful pull on my imagination. It still does. I have spent a total of five years living there, in varied circumstances, and am unable to leave the fictive territory it opened up for me; have applied for permanent resident status. I’ve written and published enough short stories set in Paraguay to people a book, and several times started and abandoned a novel set there involving an abortive revolutionary movement. One of these times I hope to get the novel right.

Do you write every day? How do you know when to stop any writing session?

I write every day unless I’m traveling, which I do once or twice a year for the State Department’s office of inspector general. I prefer morning hours, but if the work is moving, I will write into the afternoon. The time to stop is when you realize you are letting the will do the work of the imagination, as Yeats put it.

Do you set goals for your writing? Productivity? Sales? Income?

I don’t have specific goals for my writing. I do have hopes; mostly they are not met. To date I’ve been lucky in one respect. As I’m writing a novel, another one is always clamoring for attention in the back of my mind. So I always have more to write than time to write it in. That’s a good feeling. In my particular case, establishing goals that depend on anything other than my own capacity to produce would be counterproductive, and possibly fatal. I was friendly with William Hoffman, who published between 15 and 20 books in a long, productive life. When he died recently in his middle 80s, he was working on a new novel. Not a bad way to live a writing life.

Much of your fiction is set outside the USA. Why?

I lived outside the United States for 15 years. That’s part of it. The rest is the way that cultures not my own have sparked my imagination. Lately I have found myself circling back toward the place I grew up, Niagara Falls, New York. I’m drawn by what is there to write. But Niagara Falls only seems to make fictive sense to me in the context of, or from the perspective of, another place, another culture, a stranger’s point of view.

You write both novels and short stories, and you do this during the same periods of time. How do you know when an idea is suitable for a novel and when it’s a short story?

Stories start for me in a number of different ways: an idea, a character, a situation, a place, a Paraguay, even a single phrase (‘lifestyle implant capers’ occurred to me on a bus in the Aegean, and I had to find the story in which it made sense). The ruthless demands of a short story impose themselves. The sense that a story needs to become a novel is surreptitious and sometimes slow. And sometimes a story can be complete but still point the way to a novel. I wrote a short story called “The Cultural Attaché” that became A Handful of Kings. “The Lifestyle Implant Capers” became a novel, Confidence in America, that I am currently finishing up.

Graham Greene initially divided his works into literary novels and “entertainments” or thrillers. Do yo
u make this kind of division in your work? How would you characterize your work in terms of genre?

My hope is to write accessible stories that matter; anything else is marketing. The question of genre is vexing. I once received a rejection from an editor who seemed truly to like my story but could not bring himself to accept it because his magazine published only “literary fiction.” Much of my fiction has a political component, which I think has made publishing a challenge.

Where does Forty Wolves fit in the big picture of all your writing?

I worked on the novel for several years, and it changed in the course of writing. Mary Lee Settle once advised me to find one or at most two people whom I trusted and listen to what they had to say. Tune out the rest of what you hear, she said; it’s white noise. That made sense to me. I’ve been fortunate to have a mentor, Robert Ready, who has always been – and remains – a few steps ahead of me. My agent, Lauren Abramo, is my second reader. Both of them played a significant shaping role in Forty Wolves.

I don’t know how to place the novel within the body of my writing. I do know that Turkey has exercised a major fascination on me since I first went to Istanbul in 1972. I lived there twice, in Ankara and Izmir, and have traveled there many times. Like Paraguay, it is a place where you can be sure that you can never be quite sure you understand what’s going on. That appeals to me.

What I hope the novel does is tell its story from a range of perspectives that American fiction does not frequently give voice to. It’s hard to write characters and stories from a culture not one’s own. There is an element of effrontery in it; I accept that. But trying is addictive. It’s what I do. In terms of theme or ideas, the mutual apprehensions and misapprehensions that arise out of the troubled relationship of Islam and the West are the novel’s bedrock.

Are you more productive now as a writer – having retired from the State Department and living in the country – than you were earlier in your career?

I think I always found a way to make the time to write, even when I was insanely busy. (I remember writing in the waiting rooms of doctors; I wrote much of A Handful of Kings on a commuter train in Washington.) But I left the foreign service relatively early, after only 18 years in harness. It was a conscious choice to make and live a different sort of life, one that revolved around the rhythm of writing. It has worked for me. I wouldn’t say that I’m writing more so much as writing smarter now, and that is in part the result of having the luxury of time and delicious isolation in which to work.

Are there writers who have been a role model for you? Any contemporary writers you like to read?

The writers who inhabited me when I was young still occupy a place inside, although one’s relation to those seminal figures changes as he develops as a writer himself. Conrad, Hardy, Dostoievski, and Greene were my personal giants. (More recently I’ve developed a great affection for Dickens.) I have gravitated, in recent years, more seriously toward poetry. Emily Dickinson reaches me as few writers can. I am also passionately taken with the poems of Hayden Carruth.

As for contemporary fiction, I admire a few writers. I respect the craft, the competence, the virtuosity; their success, in all the ways that success is measured. But I don’t love any of them, am probably not moved by any of them, the way I love and am moved by, say, any ten astounding lines of Dickinson. The one huge exception to that is The Road, by Cormac McCarthy, a book that is as good as a book of fiction can be.

A Handful of Kings, Simon and Schuster

A Cast of Spaniards, Talisman House

“Both Sides of the Border,” in Writers on America; republished in World View Magazine 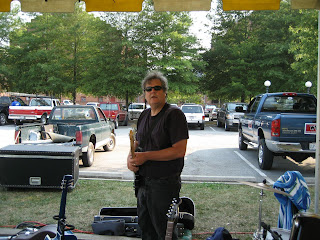 One Response to Ras: The Professional

Leave a Reply to El Tigre, the Sad Cancel reply

Ted the Cat (1994-present) is a domestic shorthair blogger and vers libre poet. He also enjoys sleeping, eating, and lurking. Ted the Cat co-habits with Kaze, also a blogger at 317am.net.

Ras at Texas BBQ in DC, site of lunchtime chats with Kaze on the art and agony of writing. Ras is also known in some publishing circles as George Clack. Read more »